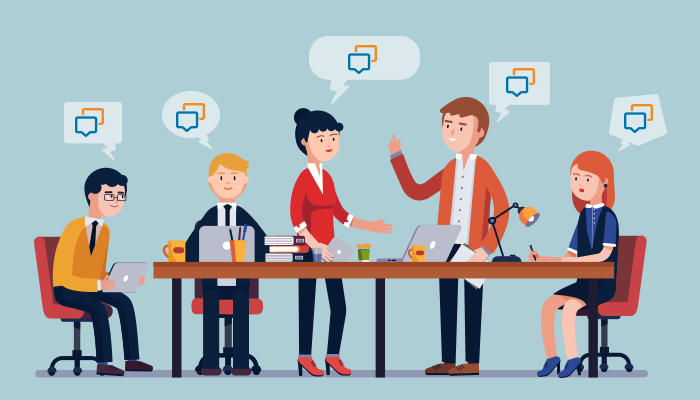 Posted at 08:45h in Blog by Velocity Broadband
0 Likes
Share

When I was a teenager, I spent a lot of time studying and doing homework. Between the demands of my overachieving immigrant parents and New York City’s prestigious Stuyvesant High School, I was always running on fumes. Naturally, geeky kid that I was, I turned to video games as a way to unwind.

Unfortunately, there was a much bigger stigma against gaming back then. Twitch wasn’t yet a thing, and Major League Gaming (MLG)hadn’t made its mark. So, everyone I knew (aside from my gamer friends) told me to stop playing so much. I’m very glad I didn’t listen.

Now that I run my own business, I barely have time to play games. But I have had a lot of time to reflect on the life lessons they taught me. In fact, I’m convinced that playing games taught me important lessons about how to succeed at business. Don’t believe me? Here are the six life lessons I learned mastering video games:

For little kids, video games are really hard. Turning on “God mode” makes gameplay so much easier — and a lot more fun, too. Feeling unstoppable as you’re lighting up Soviet-era Communists in Goldeneye, for example, is fantastic.

But the enjoyment doesn’t last. It didn’t take long for me to realize that winning while cheating is an empty victory. By the time I was in middle school, I’d given up cheat codes and had resolved to master games “fair and square.” The sense of satisfaction I got from beating Goldeneye for the first time without cheating (on 00 Agent difficulty!) was exhilarating.

Game developers love cramming secrets into their codes. In fact, developers often include gameplay features that aren’t explained in the tutorial, as well as Easter eggs that only the most attentive gamers will find.

The Legend of Zelda: Ocarina of Time, for example, has a long and involved side quest that will net players the Biggoron’s sword, the most powerful weapon in the game. But, if you aren’t paying attention, you won’t notice it. Games are filled with these types of hidden treasures, and only meticulous players get to enjoy them.

3. Failure is your friend.

Some gamers enjoy fun, colorful mobile games, like Candy Crush. Others aren’t satisfied until they’ve beaten a game in world record time. But whether you’re casual or hardcore, you will fail repeatedly. (Games like Dark Souls even taunt players with a “You Have Died” screen for each failure.)

Repeated failure is built into the learning curve of any well-designed game. Overcoming failure is what makes games addictive in the first place. Yet, so many gamers forget this lesson as soon as they put down the controller. Failure is a crucial part of success in real life, too, and you have to learn to embrace it.

When Starcraft came out in 1998, real-time strategy (RTS) gaming took a great leap forward. Not only did Starcraft become a lucrative e-sport in South Korea, the best Starcraft players enjoyed a status equivalent to that of chess grandmasters. They created step-by-step openings for competitive play that all players followed.

The point is that the best players don’t exhibit scarcity mindsets; instead, they gather resources and spend them just as quickly. They aren’t afraid to experiment with their strategies, even if that means an occasional loss. This is much easier said than done. You can learn from the best, but not being afraid to act nets you the win.

5. Enthusiasm propels you to success.

A good friend of mine once confided, “Han, if I devoted the same energy I put into playing games into building a career, I’d be rich.”

I think he was on to something. We gamers absolutely love to play games. In fact, as long as there are new, innovative and challenging games out there, we’ll keep playing. That’s probably why the average gamer is 31. Gamers will always beenthusiastic about playing great games.

Yet, most people who are committed to their games and more than willing to spend time mastering them can’t say the same about their careers. All that enthusiasm goes down the drain the moment they step into the office. There’s got to be some sort of lesson there.

According to a Gallup study, 70 percent of people surveyed said they weren’t engaged by their jobs. That’s really sad, because work can be very fun. It’s just a matter of perspective.

Are you challenging yourself at the office, or just going along with the motions? Do you set daily goals and achieve them? Do you learn new ways to improve and then act on your knowledge? Put another way: Have you mastered your job — the way a Starcraft competitor does? Learn to gamify your work; you’ll find that that effort can be extremely rewarding.