Posted at 10:00h in Blog by Velocity Broadband
0 Likes
Share 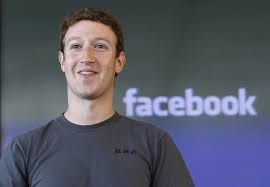 Mark Zuckerberg, 23, founded Facebook while studying psychology at Harvard University. A keen computer programmer, Mr Zuckerberg had already developed a number of social-networking websites for fellow students, including Coursematch, which allowed users to view people taking their degree, and Facemash, where you could rate people’s attractiveness.

In February 2004 Mr Zuckerberg launched “The facebook”, as it was originally known; the name taken from the sheets of paper distributed to freshmen, profiling students and staff. Within 24 hours, 1,200 Harvard students had signed up, and after one month, over half of the undergraduate population had a profile.


The network was promptly extended to other Boston universities, the Ivy League and eventually all US universities. It became Facebook.com in August 2005 after the address was purchased for $200,000. US high schools could sign up from September 2005, then it began to spread worldwide, reaching UK universities the following month.

As of September 2006, the network was extended beyond educational institutions to anyone with a registered email address. The site remains free to join, and makes a profit through advertising revenue. Yahoo and Google are among companies which have expressed interest in a buy-out, with rumoured figures of around $2bn (£975m) being discussed.