To end our series of Megastructures, we have the Golden Gate Bridge, this is quite an old bridge so most you may know of it. But the engineering that went into it at the time is simply breathtaking!

day the bridge is one of the most internationally recognized symbols of San Francisco, California and the United States. Check out some fun facts you may not know about one of the most photographed bridges in the world: 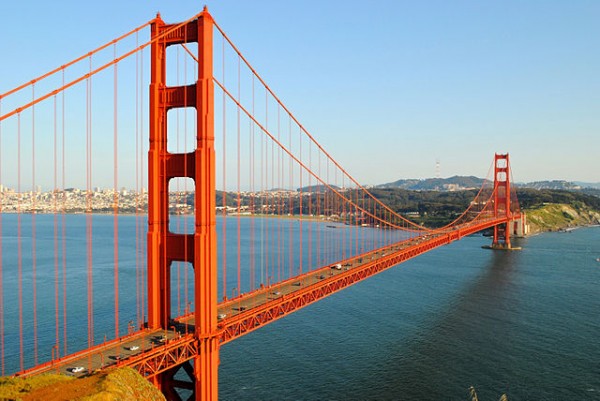 1. Before the bridge was built, the only practical short route between San Francisco and Marin County was by boat across a section of the San Francisco Bay.

2. It took four years to build. Construction on the Golden Gate Bridge began on January 5, 1933 in the midsts of the Great Depression. The bridge finished ahead of schedule in 1937 and came in under budget.

3. The bridge is named after the Golden Gate Strait, which is the entrance to the San Francisco Bay from the Pacific Ocean. Around 1846, American military topographer and explorer John C. Frémont named the strait “Chrysophylae” or “Golden Gate” because it reminded him of the Byzantium harbor “Chrysoceras” or “Golden Horn.” 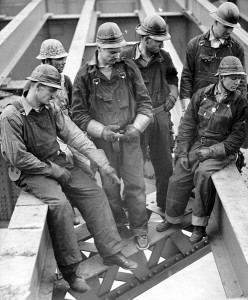 4. The work was incredibly dangerous, so safety was paramount. A safety net was suspended under the floor of the bridge to catch workers who may slip and fall while working. A total of 19 workers were saved by the safety net over the course of construction. The men saved formed their own elite club called the Half Way to Hell Club.

5. In total, 11 men were killed during construction. Up until February 1937, there had been only one fatality, which had set a new all-time record in the field. However, on February 17, a section of scaffold carrying 12 men fell through the net. Only two men survived the 200-foot fall into the icy waters.

6. The bridge opened on Pedestrian Day, the morning of May 27, 1937. Around 200,000 people lined up to be the first to walk across. San Francisco Mayor Angelo Rossi and other officials crossed the bridge in a motorcade past three ceremonial “barriers,” the last of which was a blockade of beauty queens.

7. In honor of the bridge’s opening, chief engineer and designer Joseph Strauss wrote a poem entitled “The Mighty Task is Done.” Here’s an excerpt:

At last the mighty task is done;
Resplendent in the western sun
The Bridge looms mountain high;
Its titan piers grip ocean floor,
Its great steel arms link shore with shore,
Its towers pierce the sky…

8. Until 1964, the Golden Gate Bridge had the longest suspension span in the world at 4,200 feet. It was surpassed by the Verrazano Narrows Bridge in New York City on November 21, 1964. Today, the Golden Gate Bridge ranks as the 9th longest suspension bridge in the world. At the top of the list is the Akashi-Kaikyo Bridge in Japan, which spans 6,532 feet.

9. Originally, the U.S. Navy wanted the bridge painted with black and yellow stripes to ensure visibility of passing ships. Ultimately, the bridge was painted international orange because the color compliments the bridge’s natural surroundings. It also enhances the bridge’s visibility in fog.