Posted at 12:16h in Blog by Velocity Broadband
0 Likes
Share

WELCOME APRIL : FACTS & STORIES ABOUT THE MONTH AHEAD 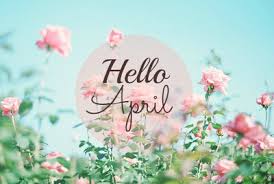 1st of April is known as April Fools Day, a day for playing tricks or pranks on friends or colleagues.

April Fools’ Day (sometimes called All Fools’ Day) is celebrated every year on April 1 by playing practical jokes and spreading hoaxes. The jokes and their victims are called April fools. People playing April Fool jokes expose their prank by shouting April Fool. Some newspapers, magazines, and other published media report fake stories, which are usually explained the next day or below the news section in small letters.

History of April Fools’ Day April Fools’ Day may have come from a few different events in history. One theory suggests that the day comes from the change in the calendar in Europe from the Julian calendar to the Gregorian calendar. This moved the New Year from Spring (around April 1st) to January 1st. When people forgot and still celebrated the New Year in April, other people made fun of them. People liked to play practical jokes all the way back to Ancient Roman times, especially during the Spring festivals. The celebration of All Fools’ Day started in the Middle Ages. It was generally celebrated on March 25th throughout much of Europe up until the 1800s.

Some memorable pranks done in the past :

One year Sports Illustrated wrote an entire article about this great new pitcher the New York Mets had found. His name was Sidd Finch and he could throw the ball 168 miles per hour! The Mets fans were so excited. Only problem was, the story was all a joke. Hidden in the title of the article were the words “Happy April Fools Day”.

Taco Bell once announced that they had purchased the Liberty Bell and were renaming it the Taco Liberty Bell. People were really angry until they found out it was a joke.

In 1992 NPR (National Public Radio) announced that Richard Nixon was running for president again. They even had a comedian come on and impersonate the former president!

One year Burger King announced a “Left handed Whopper”. They said they rotated some of the ingredients 180 degrees for left handed people. A lot of people came in the restaurant and ordered one! Other fun pranks include flying penguins, UFOs landing, and even changing the value of Pi to 3.0 to make math easier.