Funny Ads Make You Laugh but Do They Actually Work?

26 Mar Funny Ads Make You Laugh but Do They Actually Work?

Posted at 08:43h in Uncategorized by Velocity Broadband
0 Likes
Share

Advertisers often use humor to grab customers’ attention, but they should do so with caution, according to a recently published study in the Journal of Marketing Behavior. Ads that make people laugh are not always in the best interest of brands, researchers found. To borrow from Goldilocks, humor may only work to advertisers’ benefit when it is “just right.” Caleb Warren, assistant professor of marketing in the University of Arizona’s Eller College of Management and lead author of the research, conducted a series of experiments that found different ads can be equally humorous to consumers but have very different effects on brand attitudes, depending on the type of humor used.

The research is based on the concept that people find humor in “benign violations” — that is, material that somehow threatens their sense of well-being, personal identity or beliefs, but in a harmless or inconsequential way. For example, a comical Reebok ad featuring an “office linebacker” tackling other office workers represents a benign violation, because viewers know the violence is staged and no one is actually being hurt. But even benign violations can cross a line, according to the research, which explored the effects of “mild” versus “severe” benign violations on brand attitudes. According to Warren, advertisers should stay away from ads that feature highly inappropriate humor, humor with a specific target or “butt of the joke,” and humor that prompts avoidance by eliciting feelings such as disgust in addition to laughter. 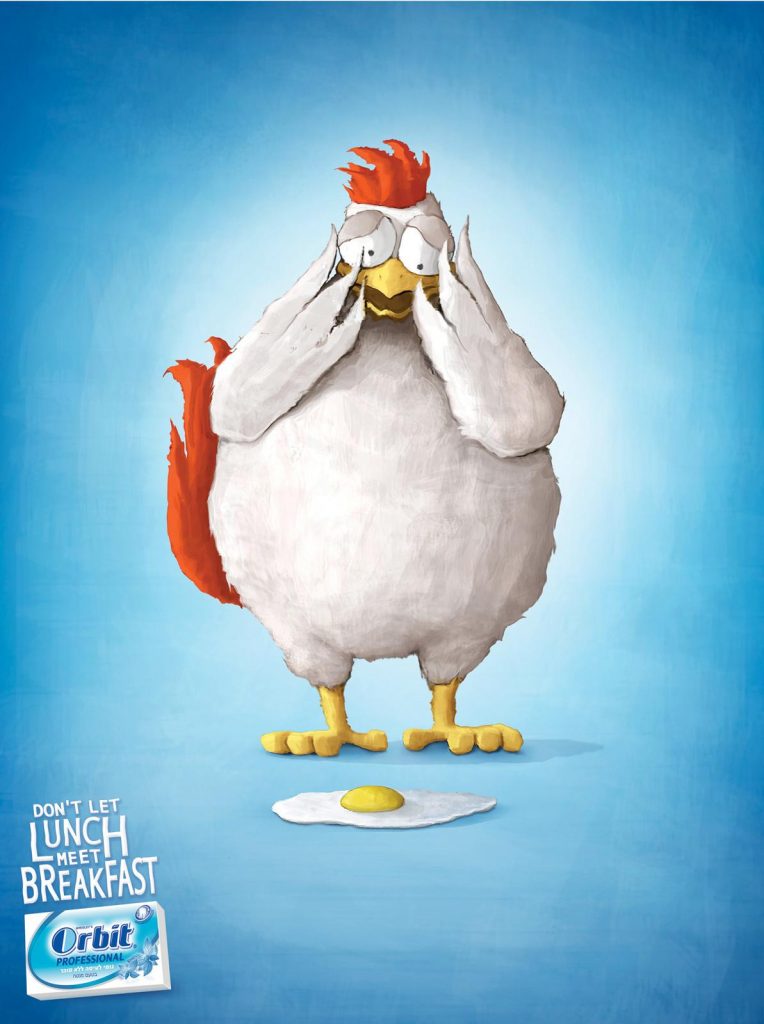 In one study, Warren and his collaborator, Peter McGraw of the University of Colorado, showed participants ads for three T-shirts designed for a young girl. One ad featured a plain, non-humorous, red T-shirt. One featured the same shirt with a comical face on it — considered a “mild violation.” And one featured a red T-shirt with two tassels on the chest — a “severe violation.” When surveyed, study participants said they found the smiley-face shirt and the tasseled shirt equally funny, but they had more negative feelings toward the ad featuring the inappropriate, tasseled shirt. “When there’s a more severe violation, even though people find it funny, they like the brand or the retailer selling it less,” Warren said. In another study, participants saw three versions of an ad for lime-flavored cola. One version showed a cartoon lime decapitating another cartoon lime, with the juice squirting into the cola — an example of what is known as a “harm violation.” Another ad showed a cartoon lime urinating into the drink — an example of a “purity violation.” A third, control, version showed a cartoon lime simply standing on top of a soda can.

Again, participants found the two humorous ads to be similarly funny, but they felt more negatively toward the ad with the urinating lime. “When one lime is chopping another lime in two, people find that funny, and it doesn’t hurt the brand — if anything, it helps, relative to the not-humorous one,” Warren said. “We show here that harm violations are less likely to hurt a brand than purity violations, which evoke disgust and prompt avoidance.” The researchers also looked at the effects of humor targeting a single person or group of people. They created two versions of an insurance company ad showing a car crashed into the side of a house. One had the caption “Everyone drives like an idiot sometimes,” while the other had the caption “Everyone drives like a woman sometimes.” A control ad merely showed a truck with a smashed front end and the words “Accidents happen sometimes.”

This series of ads was shown only to male participants because researchers believed that women, as “the butt of the joke,” would not find humor in the ad singling out female drivers. The “inclusive” ad, which mocked bad drivers in general, improved brand attitudes relative to the control ad, while the “exclusive” ad, mocking only women drivers, did not. “What we show in this paper is that advertisements that are equally funny can have opposite effects on brand attitudes,” Warren said. “One can be persuasive and help the brand, and another can be counterproductive and hurt the brand, and you can usually predict the response based on the type of violation used in the ad and whether it’s going to trigger negative feelings in addition to humor.”

So, how do you strike the right balance?

Warren and McGraw suggest advertisers ask themselves a series of key questions before attempting humor. The first, and perhaps most obvious: Is the humor attempt funny? “If you try to be funny and fail, it almost always hurts the brand,” Warren said, adding that audience testing before launching an ad is a good idea to gauge whether something will be perceived as funny. Other questions to consider: Does the ad create humor in a way that seems too threatening? Does the ad create humor by threatening a specific person or group? Will the ad create humor in a way that also motivates avoidance? What is the context for the humor attempt? “Marketers are always thinking asking themselves, ‘Should I use humor?’ and really they need to be thinking about how to create the humor — because different jokes can have very different effects on whether an advertisement is persuasive or it hurts a brand,” Warren said.

People’s attitudes toward brands are, of course, important, as they ultimately influence purchasing decisions. “In general,” Warren said, “the more a consumer likes a brand and the more positive their attitude is toward it, the more likely they are to purchase it or use it.”