Image Recognition is appealing… but there is always a ‘but’. There are still some problems with facial recognition systems, factors that limit the effectiveness of them. We’ll review most common ones.

#1. Processing & Storing
Storages are like gold in a digital world since you have to save huge amounts of data for future usage. Even though you get HD-video in a pretty low resolution, it still requires a significant space. Just as the high-quality image visuals. There is no need to process every video’s frame – it’s an enormous waste of resources. That’s why most of the time only a fraction (around 10 – 25%) is actually being put through an FRT.

Professional agencies use whole clusters of computers in order to minimize total processing time. But every added computer means considerable data transfer via network, which can be influenced by input-output limitations that lower a processing speed.

#2. Image Size & Quality
Image Recognition  – It’s obvious that a facial recognition is a super advanced software that requires HQ digital cameras for algorithms to operate accurately. A face-detection system captures a face in the photo or screen-shot from a video, then the relative size of that face image will be compared with the size of enrolled one. So, the photo’s quality here affects the whole face recognition process, how well it would be done. Imagine, the already small size picture is coupled with a distance that was between a target and a CCTV… What proportions will the detected face have? No more than 100×200 pixels.

Pretty hard to get a clear identity in such case. What’s more, scanning a photo for varying face sizes is a processor-intensive task. Most systems allow identification of a face-size range to eliminate false recognition and speed up image recognition. But the initial investment in such face tracking software is not a cheap one, however, it will pay off in no time. The identification process is also under a great pressure of the surveillance angle that was responsible for the target’s face capturing. To enroll a face through the recognition software, the multiple angles are being used – profile, frontal, 45-degree, etc. But to generate a clear template for the face, you’ll need nothing less than a frontal view. The higher resolution photo has and the more direct its angle is (goes for both enrolled and compared images) the more accurate resulting matches would be.

Then, there are also troubles with such things as facial hair or sunglasses. One can still fool the FRT with a suddenly appeared or removed beard, same goes for obscuring face’s parts with glasses or masks. To avoid such failures, the databases must be regularly updated with the most up-to-date images. 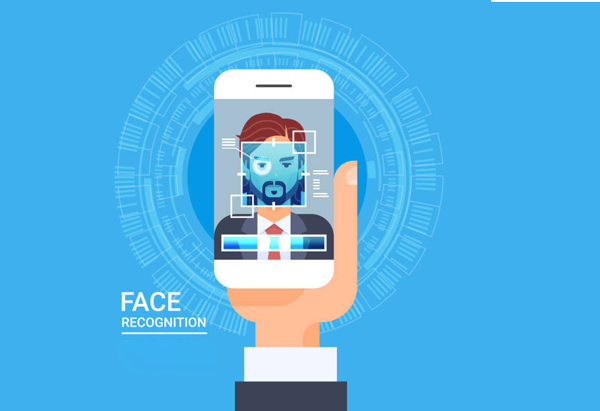 Summing it up, every new image recognition technology’s represents huge perspectives and promises for the future evolution. It’s highly possible that in a couple of years such systems would be able to process gestures, expressions, gait patterns, palm & ear prints, voice and scent signatures. Not to mention that humans can’t do what a computer is capable off – like comparing simultaneously pictures of many individuals against a database of thousands. And most of the cons can be beaten by simple actions from the owner’s side.

The pros of biometric facial recognition technology are being repeatedly proved by various industries like digital payments, business security sphere, criminal identification, advertising, and healthcare. But still, privacy issues will always surround this technology. There is a thin line between national security and invasion of people’s privacy that couldn’t be crossed as the tech progresses.