The Origins of “Once in a Blue Moon” 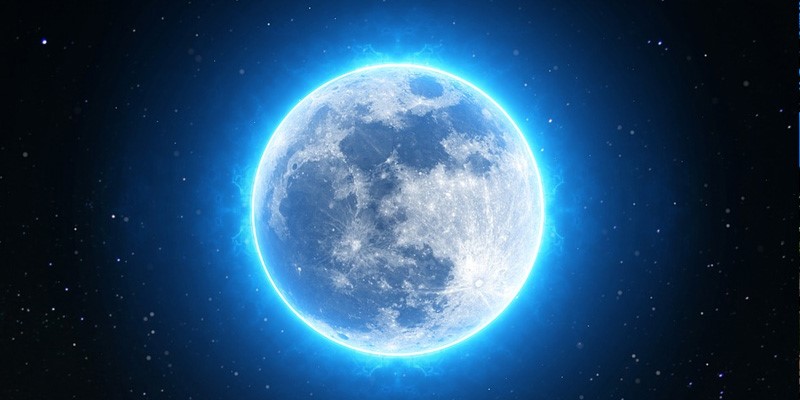 Posted at 08:46h in Blog by Velocity Broadband
0 Likes
Share

Anyone who has ever gone to school or looked up into the night sky has undoubtedly seen the moon. Most of us know that it waxes and wanes throughout the month, going from new to full and back again.

The vast majority of us may not understand why this process happens (it has to do with how the light from the sun hits it and is viewed from Earth), but we can see it happening. It occurs in cycles, so it’s easy to predict when the moon will be new and when it will be full.

There are a certain number of times during a season and the year that the moon is full. Sometimes, though, due to the way our calendar is configured, we’ll get an extra moon during a season. This where blue moons come in. What is a blue moon exactly?

What Is a Blue Moon?

There are actually two definitions for blue moon, with the second one being a misinterpretation of the first. The first one comes from the Maine Farmer’s Almanac.

In the August 1937 issue, it was reported that the moon normally comes full 12 times a year, or three times each season. However, there are years when the moon comes full 13 times during a year, meaning one of the seasons will have four full moons, not the normal three.

For the season that had the fourth full moon, that moon would be called the blue moon.


Another Definition of Blue Moon

Because of the way our calendars are set up and the cycle of the moon, it is rare for there to be two full moons in one month. There are approximately 29.5 days between full moons. On average, our months are 30 or 31 days long. While having two full moons occur during one of these months isn’t impossible, it doesn’t happen often. That also means that since February is the shortest month, it will never have a blue moon.

The definition of blue moon that applies to having two full moons in one month originally appeared in 1946 when an amateur astronomer named James Hugh Pruett made a mistake in interpreting how the term was used in the Maine Farmer’s Almanac. He had written a column for Sky & Telescope magazine with his incorrect information, and in 1980, that column was used as source material for a nationally syndicated radio show. Since then, blue moon has been used to refer to a second full moon that occurs in the same month.

The Origins of “Once in a Blue Moon”

The phrase “once in a blue moon” seems like it would be related to one of the two definitions of blue moon above, especially since the occurrence of two full moons in one month is rare. Having an extra full moon in a year only occurs about every 2.5 years. But this idiom has actually been around for more than 400 years.

Originally, the phrase was used to explain that something was incredibly absurd. Since the moon never appeared blue, people used the phrase to point out that someone was being ridiculous.

However, environmental factors on Earth can cause the moon to appear different colors in the sky, including blue. Ash from volcanic eruptions, forest fires, or dust storms can all enter the air and make the moon appear bluish. Of course, the moon doesn’t really turn blue, but how we perceive it through these filters makes it appear blue.

Because of the revelation that the moon can actually appear blue, the phrase now refers to something that will never or is unlikely to happen. It should be taken literally, as in the moon appearing blue in the sky.