Who Built the Great Wall of China and Why? 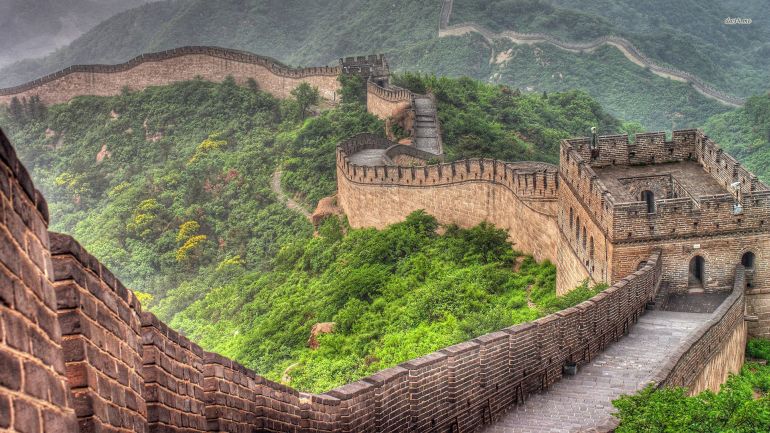 19 Nov Who Built the Great Wall of China and Why?

Posted at 08:00h in Blog by Velocity Broadband
2 Likes
Share

The Great Wall of China is one of the New Seven Great Wonders of the World, and for good reason. Spanning an astounding 13,717 miles, and traversing through no less than nine territories along the northern border of China, the Great Wall is an impressive feat of human ingenuity. But who built the Great Wall and why did they go through all the trouble?

Who Built the Great Wall of China?

Essentially, the Great Wall was not built by any one ruler or dynasty, but rather by many different people over the course of at least 2,000 years. The main reason that it is so impressively long is that is was not built all at once, but was built up gradually throughout the reign of many different dynasties. As such, the Great Wall is not necessarily one long, continuous wall. It is actually a series of roughly connected separate walls, all built at different times using materials like stone, brick, wood, and tamped earth. Archeologist believe that millions of laborers died while building the wall, and countless human remains have been found across the length of the structure.

Construction of the Great Wall began as far back as the 7th century B.C. During this time, it was a common occurrence for neighboring state dynasties to find themselves embroiled in battle over territory and resources. The northern border states of China, which subsisted on an agricultural economy, tended to be particularly vulnerable to nomadic mongol-speaking tribes who organized frequent raids and posed a serious threat.

The first wall was erected in the Chu states and served as a defense for early territories.

However, it was not until the Qin Dynasty, which ruled between 221-207 B.C., that Emperor Qin Shi Huang decided to unite the various sections of the wall that had been constructed over the past centuries into one massive defensive front. It was later used by the Zhou Dynasty, who ruled between 771 and 1046 A.D.

The wall was so effective that during the Warring States Period, numerous subsequent kingdoms followed suit and erected new walls along their borders. The construction of intermittent towers along the length of these sections of the wall further served the purpose of defense by providing a lookout point where approaching enemies could be spotted from a great distance. Most of The Wall that exists today was built during the reign of the  Ming Dynasty (1368–1644 A.D.), who used the familiar brick that most people associate with the wall as a building material. They also added more frequently occuring watchtowers as a way to further fortify defenses.

The Importance of Stabilizing the Economy

It should be noted that in these early periods, there was not a lot of consensus as to the economic value of an agricultural economy, and many people still subsisted on a nomadic existence. Meanwhile, China was in the early stages of a long-term process of establishing a fledgling economy in the early days of the Silk Road. As such, the Great Wall not only served as a way to keep invaders out, but also to keep the Chinese people in. Essentially, it kept people along the Northern border working their land, and therefore working for China, rather than running off to join one of the thousands of nomadic tribes that existed right next door in the North, or even breaking off to form their own.

However, the Mongols, later united under the strong leadership and ingenious, albeit notoriously brutal, military tactics of Genghis Khan, would eventually overcome even the largest defense structure in the world and go on to conquer Northern China and form the largest contiguous empire in history.

Today, while some portions of the wall have been kept in good condition and restored, particularly around Beijing, large sections of the wall are in disrepair. During the 1970s, it was a popular practice in some states to use the bricks of the Great Wall as building material, since the imposing structure was often viewed as a symbol of oppression within the context of the tumultuous political climate. It is predicted that some sections of the wall might completely erode within the next 20 years. That said, the Great Wall of China continues to draw in an impressive 10 million visitors every year.